Can-Am will also field a talented South Racing / Can-Am team and several other support drivers in its pursuit of back-to-back Dakar titles. Can-Am, the defending side-by-side category champion, is returning to the Dakar Rally in full force January 6-17, in South America with a field of more than 20 professional racers. 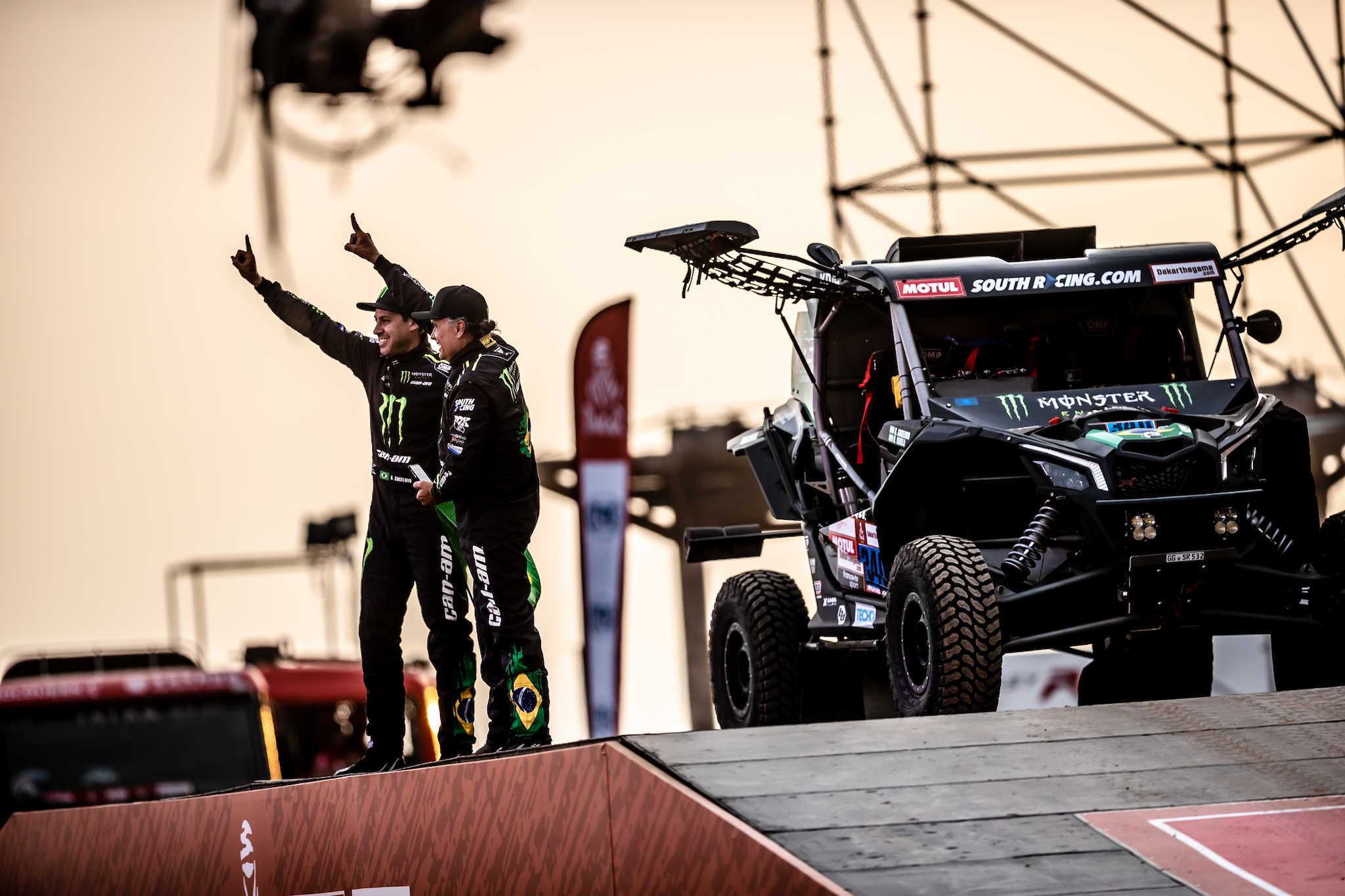 “Dakar is about overcoming difficulties through persistence. It’s about an unyielding, all-out effort to finish something you started. At BRP, we carry this same determination and internal drive to win in everything we do. The Can-Am Maverick X3 vehicle was engineered with this attitude, and to this day provides our racers with the supreme confidence that they will prevail against all odds,” said Olivier Camus, Can-Am global marketing director. “Winning Dakar and to repeat as champions is our objective. Our team is trained to endure the rigors of the world’s toughest race, and our racers are just built for this! We have a deep connection with them and we value their stories, the families and camaraderie involved in this effort. As a global Can-Am family, we’re all in this monumental adventure together.”

Casey Currie will be representing North America. The U.S. racer earned his Dakar series stripes this year by earning the fastest qualifier and stage win at the Merzouga Rally and then solidified his off-road legend status with a win at the Desafio Inca Challenge (Dakar Series) in Sept. 14-16 in Peru. Gerard Farrés and co-driver Dani Oliveira are no strangers to Dakar series success, having just scored a runner-up finish in October at the Rally du Maroc in Morocco, so they’re amped and ready to take on Dakar and all challengers.

Casey Currie – Off-Road Icon’s First Dakar Rally
To capture Currie’s first attempt at conquering Dakar and fulfilling a lifelong dream Can-Am will produce a three-part documentary series about the off-road icon, from preparation to the finish line. The first video, “Born to Race,” launched today and digs into how he started racing, its impact on his life and more about his motor sports family. Part 2, “Preparing for Dakar,” Currie recaps the knowledge gained for Dakar from his previous efforts at both the Merzouga and Inca rallies. The final installment called “It’s ON!” is a planned behind-the-scenes effort to explain his determined effort to prepare for Dakar, from his family’s backing, the travels, race planning and up to the starting line. 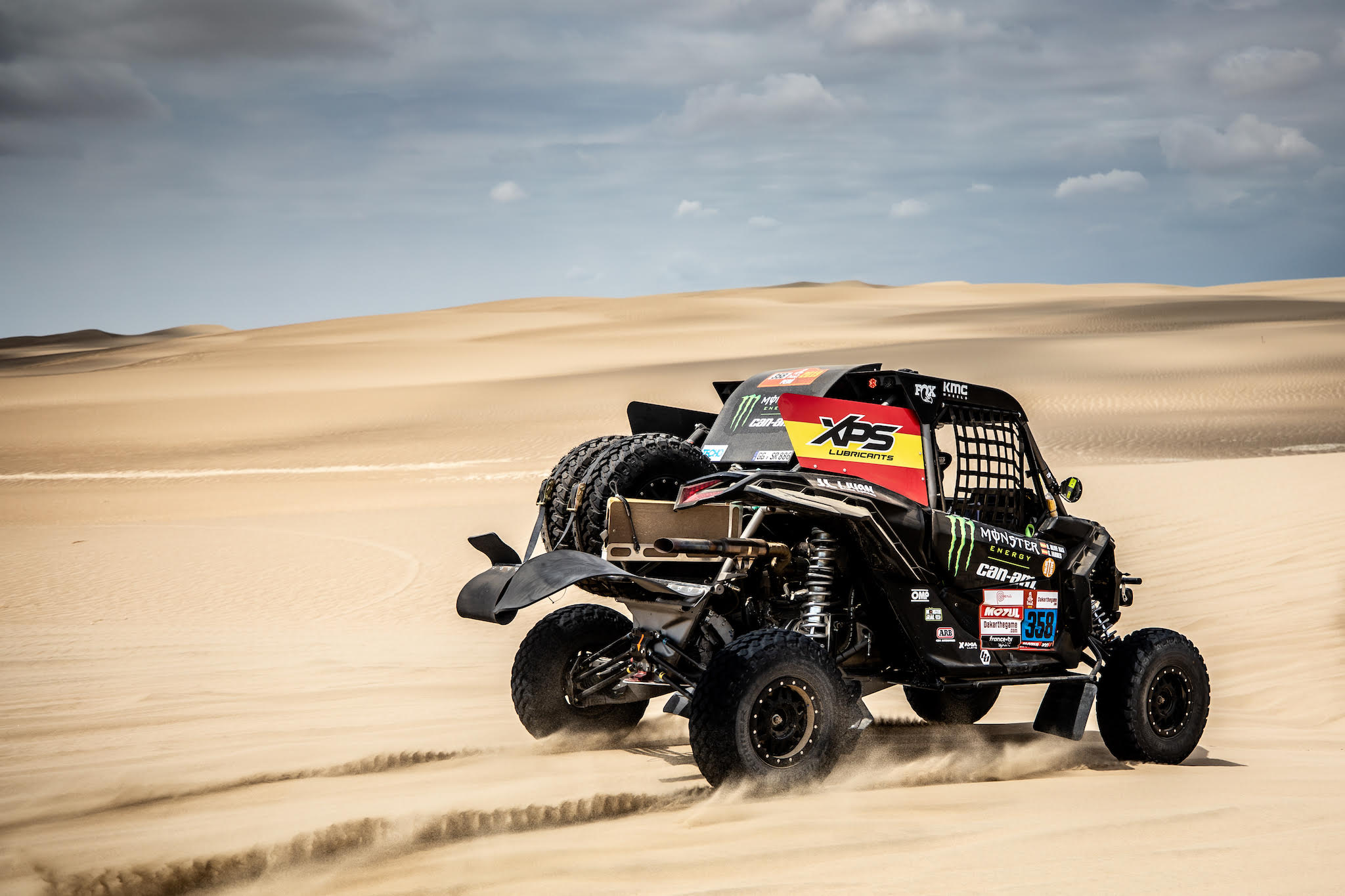 In all, the 20+ Can-Am racers will represent at least 10 different countries creating a global family not only linked together by their determination to defeat Dakar but also the vehicle they choose to compete in.

Maverick X3 Side-by-Side Vehicle: Perfect for Dakar
The Can-Am Maverick X3 Turbo R side-by-side vehicle immediately verified its stance as the most prodigious vehicle on the planet when it won the inaugural 2018 Dakar SxS category title in its first ever entry. With its Dakar series rally racing wins, its several huge desert racing victories in North American and the abundant U.S. off-road national championships the Maverick has also earned, this season has further cemented its status as the most desirable racing side-by-side vehicle on the planet.

The Can-Am Maverick X3 side-by-side vehicle, with its powerful turbocharged 172-hp Rotax engine, and is the ideal platform for Dakar and all its challenges because it was engineered for the desert. Its aggressive, future-forward design puts the driver in control at the heart of the vehicle, connecting them as one. Dakar has proven to be downright exhausting to man and machine, but the Can-Am Maverick X3 side-by-side vehicle and its relentless character are ready for the world’s toughest race, which is spread out over 5,000 kilometers (3,106 miles) and lasts 11 days. 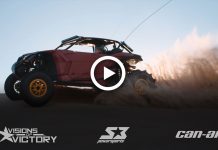 Visions of Victory Ep. 4 from Glamis is now live! 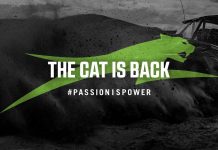 Textron Off Road Changing Name Back to Arctic Cat 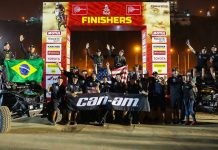 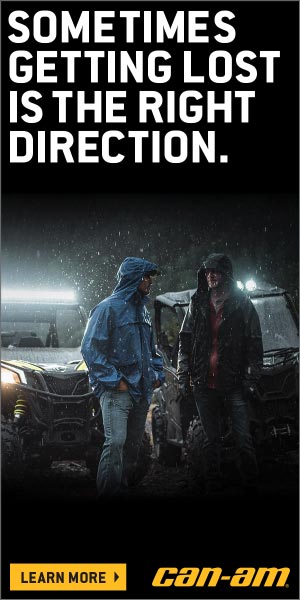 UTV MAG was created to bring you the latest UTV / Side-by-Side news, reviews, photos, videos and more from around the world.

Our mission is simple: Create one source where you can find ALL the latest UTV / Side-by-Side related content without scouring all over the web.

This error message is only visible to WordPress admins


Error: API requests are being delayed for this account. New posts will not be retrieved.

Make sure this account has posts available on instagram.com.

ABOUT US
UTV MAG was created to bring you the latest UTV / Side-by-Side news, reviews, photos, videos and more from around the world. Our mission is simple: Create one source where you can find ALL the latest UTV and Side-by-Side related content without scouring all over the web.
FOLLOW US
© 2017 UTV MAG

Update me on latest news and reviews